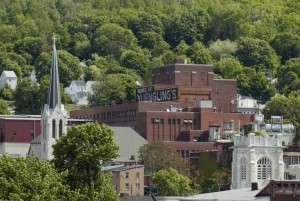 The Yuengling brewery is the oldest one in the United States, yet I’m sure most of you haven’t heard of them.  They only mainly distribute in the east, so if you would like to taste their delicious Ale, you’ll need to hop on a plane to New York.  It is however popular with President Barack Obama, as he gave Canadian Prime Minister Stephen Harper a case thanks to a friendly wager he placed on the 2010 US Ice Hockey Olympic team.  They also have another brewery in Tampa Bay, which sadly had a fire on October 26, 2013 that caused over $1 in damage. All that poor beer!