If you think that only the rock gods know how to party, you better think again. The hip-hop community has come up with their own recreational drug. Shocked? Well, have you ever heard of Purple Drank? It’s basically a mixture of cough syrup and Sprite or Mountain Dew. The purplish hue comes from the dye the cough syrup is made with or the candy thrown into the mix.

It’s amazing to see the concoctions people come up with just to alter their present state of mind. Artists must feel that the only way they can get inspiration from their muse is to screw up with the brain cells they have. Hip-hop artists such as Lil’ Wayne must have carried this cocktail around. Remember the Styrofoam cup he has in his rap video? Well, what do you think that contains? Anyone in his right mind knows that it’s purple drank. So, move over, crystal meth! Get out of the way, cocaine! There’s a cooler drug that’s right around the corner. Try it and you might just think that you’re the next Kanye West. That is, if you can survive the major mind fuck.

How It Was Invented 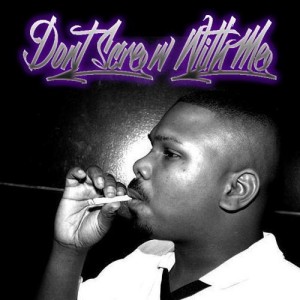 They say that desperation is the mother of inventiveness. The hip-hop community wanted to come up their very own drug, one that’s unique only to their genre. And because the Dirty South is known to intermingle opiates and drinks, Texas producer DJ Screw introduced the drink to the rest of the world. He credits the “chopped and screwed” style of music beats that hip-hop is known for as his inspiration. One can say that DJ Screw is a chemist in his own right. Because of his invention, Houston is now known as the “City of Syrup.” This moniker lives to this very day. Unfortunately, the producer can no longer take credit for the nickname because the mixture is the very reason for his demise.