They say that there’s always one in every family. That genetic garbage who manages to ruin everyone’s Thanksgiving. You don’t want to invite your Uncle Ted, but guess what? You don’t have a choice. He’s family! He may be too boisterous, he may try to hit on your girlfriends, or he’s just simply too obnoxious. Whatever the case may be, he’s there.

No one wants to be a Debbie Downer, but hey, if it gets you kicked out of the party you never wanted to attend in the first place, you could be your family’s very own Uncle Ted. You dread holidays, but somehow, these manage to come every single year. You’ve been so happy minding your own business and then bam! Here’s another reason for a family get-together. You just want to go home. If you don’t want to get an invite for a gathering ever again, here are surefire ways to ruin thanksgiving. As they slice the next turkey, they’ll surely think of you. It’s your picture stuck on the head because that’s the only way they can eat you alive. 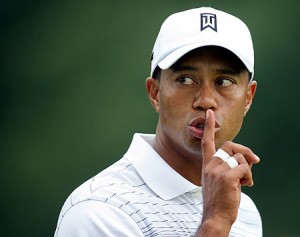 This guy became infamous during a thanksgiving tiff with his wife. Elin Nordegren stormed out of their marriage that fateful night. She crashed his SUV into a tree, with the poor golfer chasing her down using a cart. Can you blame her? She just found out he had an affair not with one, not with two, hey, not even with three women. He had a total of 11 mistresses, most of them willing to spill the beans to the nearest tabloids about their latest sexcapades. Ever since that time, Mr. Woods had been trying to salvage what was left of his reputation. People never forgot this, and if you want to pull off a stunt that’s just as unforgettable, sleep with 11 hookers and you can bet that those invites will stop coming.