Prev3 of 11Next
4. Bizarre and Weird Baby Names 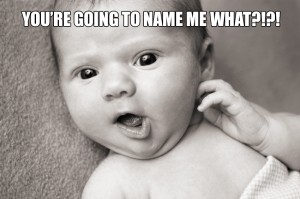 But make sure that the names are just not that bizarre or weird enough that it should give them enough reason to spite you. Prime example is Kanye West’s baby North. Seriously? North West? Have you given that name enough thought? Are you trying to give directions to Seattle?

Prev3 of 11Next
4. Bizarre and Weird Baby Names

I Was Just Minding My Business Drinking The Night Away. Next Thing I Know…Well, Check It Out.

10 Drunk Photos You Don't Want To Be In We’ve all been there! We’ve committed mistakes while we were extremely...