The ‘80s and the ‘90s era has been the most endearing and a reminiscence of everything that feels good. The time when the heartfelt good emotions and feelings without the digital noise that is a part and parcel of our lives now. Nostalgia and good feelings take you back to the times of iconic Adam Sandler and Jim Carrey movies with timeless antics, plot, expressionism, and timing. The Wayan brothers brought a fresh lease of comic elements to the 90’s comedy with movies like White Chicks and Don’t Be A Menace and more.

Ace Ventura, Liar Liar, Mask, Man On The Moon, and a few more timeless movies that put a stamp on his comic elements. Being Andy Kaufman in Man On The Moon with the literary elements of Dadaism based on elaborate hoaxes and irrationality is a genre in itself that gives you chuckles. Jim Carrey’s trademark expressionism in television shows, stage acts, and movies make it stand out from the rest and tickles your mind with laughter.

Goofy comedy is a basic ingredient in most of the Adam Sandler comedy movies. We can’t give a lot of credit to most of his 90’s movies except for The Wedding Singer and Billy Madison. He got better since the 2000s and gave us a lot to smile and laugh about. His sweet, gullible, beguiling comedy is always a hit. They might not send you on a laugh riot like Mel Brooks or Will Ferrell movies do, but the archetype goofy elements make Adam Sandler a lot to chuckle and laugh about.

A novel stoner comedy from the 80s that gives you rib-tickling history lessons by time-traveling teenagers. Keanu Reeves and Alex Winter add elements of quirks and antics talking and interviewing historical figures. Classified goofballs and amateur teens whose only ambition is to have a rock band and blend their experiences with thinkers and revolutionaries from history brings a contrast to this slapstick comedy.

The Gods Must Be Crazy Series 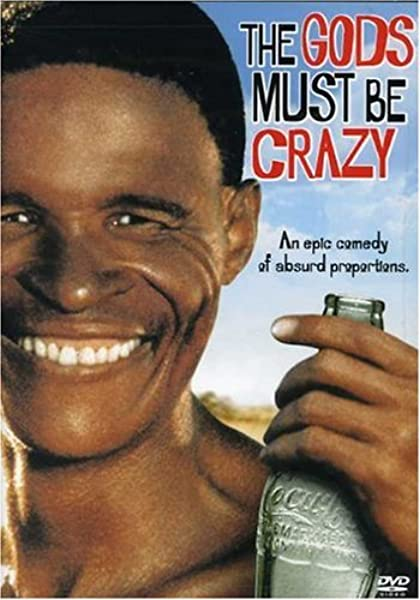 A masterpiece and an original plot of how a bottle of coke thrown from the sky create unrest amongst the tribes living in the Kalahari Desert of South Africa. A slapstick, good-humored comedy from the 80s comes with a hidden allegory about the two different cultures and civilizations that explore the pitfalls of human nature with comic elements.

The bottle brings in all sorts of emotions and inventiveness that depict the dimensions of the human mind and what it can do with minimal resources. All the hullabaloo of what the bottle does to the hunter-gathering tribe gives you splits of laughter.

It shows how the bottle introduces negative emotions in an idyllic community of the tribe. As the head of the tribe decides to get rid of the evil bottle he is introduced to civilization that baffles him further. The movie has numerous subplots that makes this radical mix of stories hilarious to watch.