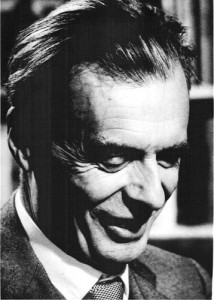 Before peyote was banned by the US Government, many famous personalities openly discussed their affiliation with this hallucinogen. Aldus Huxley, for one, was famous for his book “The Doors of Perception” which he wrote in 1953, with the premise being what his personal experiences were like while using mescaline. He was quoted to have said that his insights were “purely aesthetic” to “sacramental vision”.  Another well-known author, Hunter S. Thompson, who wrote the infamous “Fear and Loathing in Las Vegas”, talks about peyote use in his book. Not only do the two main characters basically take a road trip while monumentally whacked out on an immense amount of drugs, you also can’t tell fact from fiction, which was pretty much the point. And I guess that’s the point of taking hallucinogens too. And of course, Jim Morrison, the beloved front man for 70’s rock band The Doors, was known to dabble for a time or two as well. Apparently, he liked sugar cubes dipped in acid way more. He would lick at it for 10 long minutes, rather than just taking it whole. I wonder if that makes it better? I guess there’s only one way to find out, right?

So the next time you find yourself faced with the possibility of doing illegal drugs, stop and think for a minute and ask the important questions: Have I done this before? Can I handle it? Do I like the people I’m with? Am I on any other drugs at this same moment? If you answered “no“ to any of them, then I guess you have some contemplating to do. And if in the end you realize that you’re open to the idea, then you better start hunting for those buttons now. Lord knows when you’ll actually find some.