Lophophora williamsii, otherwise known as Peyote, is a cactus plant that can be found in Mexico and southwestern Texas. Used by Native North Americans for approximately 5000 years, it hallucinogenic properties – known to most as mescaline – were thought to aid in meditation, medicinal purposes, as well as other kinds of rituals. Due to its strong mind-altering attributes, peyote was prohibited for use outside of the American Indian Church’s 250,000 members, and now can only be bought in southern Texas from licensed dealers. Due to its popularity and well-known mind-blowing effects, people still take it illegally to trip out. Take a look below at Hallucinogens: The Wonderful World of Peyote.

What Exactly is Peyote? 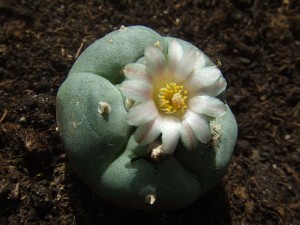 Peyote is a small squat cactus with no spines that usually comes in an array of colors like blue-green, yellow-green or with reddish green shoots. It grows mostly between the months of March through May, but if you’re lucky, you can still harvest in September. Just like other psychedelics, it’s placed in the same category as LSD, Mushrooms and PCP. It’s been said that the side effects feel very similar to that of acid, where you may feel like you are in a dreamlike state and visuals and sounds are distorted.  Considering that it can also last even longer than a hit of LSD, around 12 hours long in fact, it’s a commitment for sure.