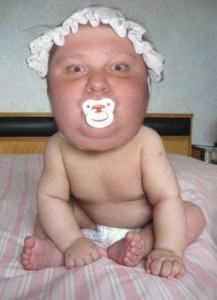 He’s the uncle that never grew up. He’s way past his prime and he thinks he still has the right to party like a rock star. He’s oftentimes surrounded by girls half his age. And if he thinks this is still attractive, he better think again.