As much as you like to dis on some of your Facebook friends, you still find yourself looking at their page. There’s humor to be found at some else’s expense. It’s human nature to seek out the fool who makes everyone else look better. And while you wouldn’t want to admit that you’ve become a quasi-stalker, you check in on Facebook not once, not twice, but several times a day.

Someone once said, “Why do people post pictures of food on Facebook?” When we see our friends, we don’t actually ask, “Hey, what did you have for lunch?” A “hi” and a “how are you” would be more of the protocol. If you asked about them about their food consumption habits, you’d actually be bordering on creepy.

While you do like to make fun of this sorry bunch of folks, you seek them out for a laugh. But then again, too much of something could actually be annoying. Eventually, you get sick and tired of reading their walls until you end up hiding them from your news feed. If they still persist, remove them from your friends list altogether then.

So, without further ado, here are 12 of the worst people you wouldn’t want to be linked with on Facebook: 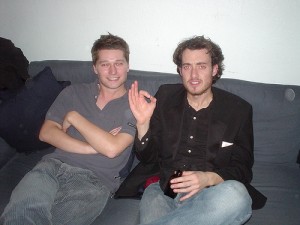 Here’s the guy who wants the world to know about his accomplishments. He’s craving for some attention and he wants ALL of you to praise him. You’d think that his accomplishment was actually quite extraordinary, but in reality, it’s something that every Tom, Dick, and Harry can pull off.